Have you heard of Gogo’s Crazy Bones?  To be totally honest, I have never heard of them and had no idea what they even were until I was offered to host a Gogo’s Crazy Bones Bonanza!  It seems that these cute little guys are the latest and greatest craze that kids go crazy for! 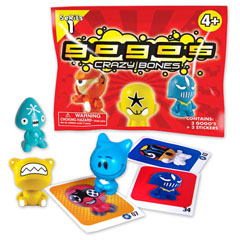 The first thing my 7 year old daughter said when she opened a package of Gogo's Crazy Bones was... "COOL!  Thanks Mom, I love these!"  She fell in love instantly and played with them for over an hour.  When it was time for her to get ready for bed, she was heartbroken.  Making her feel better was easy, she took her Gogo's to bed with her for a sleepover! 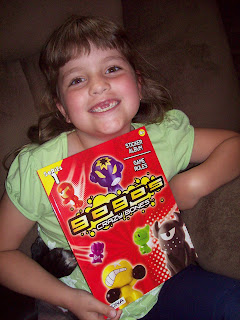 There are 80 bold, colorful and adorable characters in Gogo’s Crazy Bones Series One.  Each one has a personality all its own.  Each Gogo has a name and a special power.  Some of the facial expressions are simply priceless and put a smile on my face.  They are fun and unique which is sure to please children as well as parents. 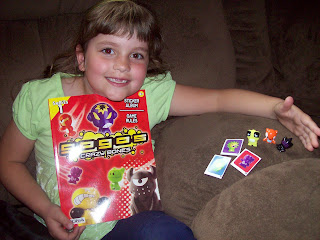 Gogo's Crazy Bones provide hours of laughs, fun and entertainment.  In addition, they also spark the imagination in every child who touches them.  As a parent, I love any toy or game that can do that. 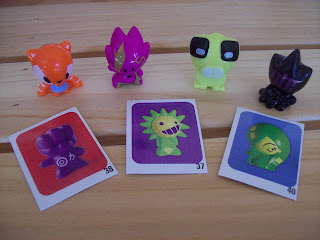 Collect them, trade them, play with them!  They are perfect for rewards, party favors, goody bags and stocking stuffers! 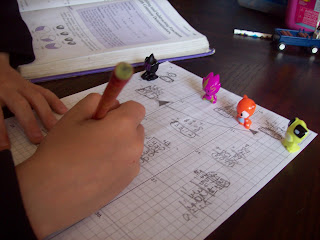 Gogo's are the hottest mini game toy--small colorful characters that come in hundreds of colors and designs, each one with a unique name, design, personality and special ability. Today’s Gogo’s are reminiscent of old school favorites such as marbles and jacks, with a modern twist! Each Gogo has a unique number for collecting and is designed so you can hold and throw them with one finger. Kids have a blast collecting, trading and playing with Gogo's Crazy Bones.

Note: Gogo’s Crazy Bones contain small parts and are not suitable for children under 4. 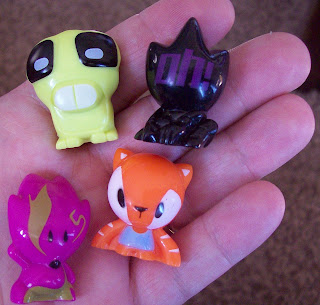 Posted by CheekyMommaof2 at 6:45 PM