Marvel’s The Avengers Prize Pack Giveaway (US & Can) 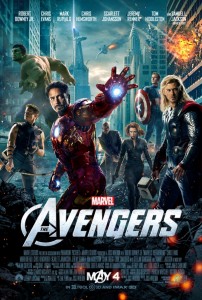 When an unexpected enemy emerges that threatens global safety and security, Nick Fury, Director of the international peacekeeping agency known as S.H.I.E.L.D., finds himself in need of a team to pull the world back from the brink of disaster. Spanning the globe, a daring recruitment effort begins.

Marvel’s The Avengers stars Robert Downey Jr., Scarlett Johansson, and Samuel L. Jackson, and it is directed by Joss Whedon.

Marvel's The Avengers hits theaters everywhere on May 4th!


One of Being Frugal and Making It Work’s Readers will win a Marvel’s The Avengers prize pack, which includes the following items: 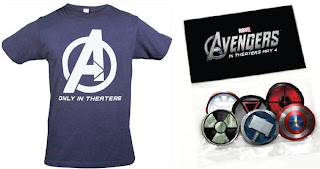 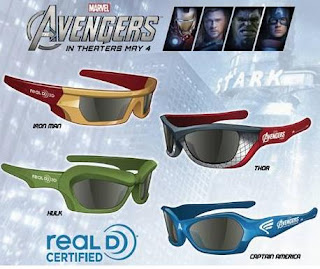 This giveaway  will end Wednesday May, 16th at Midnight EST.


Disclaimer: The information and giveaway prize package was provided by the sponsoring company. No monetary compensation was received.
Posted by CheekyMommaof2 at 2:19 PM

I love Iron Man! and I think I'm gonna like Black Widow

Thor...he's the hottest what can I say, lol.

I like Iron Man.
tarter95 at hotmail dot com

Thor is my favorite

Iron Man is our favorite!!!
ksceviour at hotmail dot com

Iron Man... for sure

Thor
thanks for the chance.
jessycafoster@hotmail.com

It's a toss up between Thor and Captain America....Angela would definitely say Thor.

Iron man for his attitude.... Thor for his muscles!

ILike the HULK the best, he was around when I was a kid.

Captain America is my favorite.

My fav is Black Widow
seyma_bennett@hotmail.com

Iron Man for sure!

Thor! Although i love iron man the most in the movie. and hulk smash!

The Hulk is my fave! tylerpants(at)gmail.com

My favorite avenger is iron man =}