Going to the theatre to watch a movie is a fun family activity, but it can be so expensive.  Today I am thankful for our local discount movie theatre where I can take my family of 4 to the movies and have snacks for right around $20! 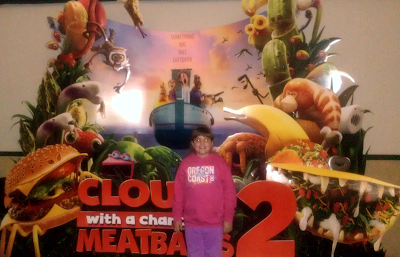 Granted we have to wait for a couple of weeks to see the newest releases, but it is well worth the savings! We went to the discount cinemas last night and watched PLANES!  Was cute, but CARS is still my favorite!

What was the last movie you saw in the theatre?
Posted by CheekyMommaof2 at 2:32 PM

The most recent movies we've seen as a family are Epic because we received free tickets and Despicable Me because I'd won two tickets and only had to buy three children tickets making it much less expensive.

I wish we had a discount theater where I live. It's small, and we only have the one theater, so they try to make as much as they can. My family wouldn't care about having to see it a little late, at least we would get to go to a movie more often since it would cost less. I like cars too!