This post is brought to you by ConAgra Foods & The Motherhood. The honest opinions are my own.

Last week, ConAgra Foods held a virtual briefing sharing great information about antioxidants and food preservation.  I will be completely honest and tell you that I didn't pay much attention to the foods I bought and consumed until I became a mother.  Once I began feeding my children "people food," my entire thought process changed.

Suddenly it mattered what foods I was purchasing and feeding my children.  After all, a mom wants only the best for their children! 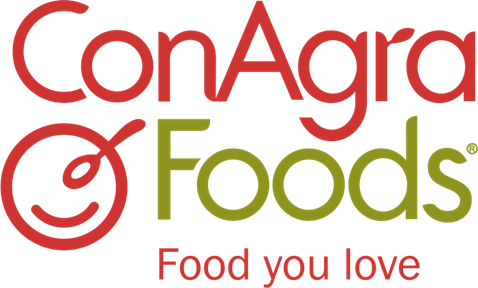 When I was invited to attend the virtual briefing, I was intrigued and very interested to see just how much - or little - I knew about antioxidants and food preservation.

The most common misconception regarding preservatives in food is that they are not necessary.  The virtual briefing was extremely helpful and informative.  I learned  some very interesting things, and will be passing the information along to you.

Here are some interesting facts about antioxidants and food preservation that you might not have known.  I surely didn't know them all!


It is important to preserve our food for 5 main reasons.  Taste, freshness, safety, natural color preservation, and food waste production. Be sure to watch this informative Mental Floss video for more information: 6 Facts About Preservatives!

Food can be preserved through a variety of different methods like canning and freezing – even putting foods in the fridge helps preserve foods. Ingredients can also be added to every day packaged foods to help preserve them. 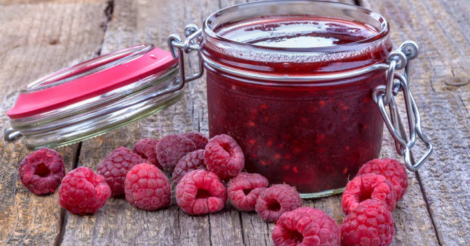 Some of our most important vitamins, such as vitamin E and vitamin C, are used in our body as antioxidants

Like the vitamins in your body, certain foods contain natural antioxidants, such as polyphenols; some foods may also contain man made antioxidants. When you open a box of food, the exposure to air can cause certain ingredients that are common in our food, like fats and oils, to spoil; the unpleasant odors and flavors that follow are sometimes called “rancidity.

Man made antioxidants, like BHT and TBHQ, are used because sometimes natural antioxidants throw off flavors of foods we know and love, or because a certain antioxidant might perform best with a certain food. One type is used over another based on performance – for example TBHQ is often used in fryer oils as it is more stable at higher temperatures than BHT, thus preserving these foods more effectively.

Natural and man made antioxidants are sometimes used together in our favorite foods.  Food makers, like ConAgra Foods, choose certain preservative ingredients based on what they know will deliver the best flavor, while keeping your foods safe and fresh.


Any food product that contains a fat or oil will typically have an antioxidant added either to the starting batter oil or to the end food product. Things like microwaved popcorn, cookies, and cereal products all would contain antioxidants.


Natural antioxidants are often extracted from the food products, but they’re also synthetically produced. There is actually no difference chemically in a naturally produced antioxidant and one that’s developed by man-made techniques. They’re often developed in man-made ways because it’s a more cost-effective way and actually protects our food supply. So although humans may make an antioxidant from a natural compound, they can also synthesize them, but they’re exactly the same. There is no difference.


Is it because antioxidants sound more consumer-friendly? Is there an actual difference or are they the same thing?

Simply said, whether man-made or natural, antioxidants are used to preserve the flavor, color, and improve the shelf-life of foods.  Both are evaluated for their safe use in food by scientific experts trained to understand the impact on human health.  Both function to reduce rancidity in food by preventing the breakdown of fats and oils (and other compounds).  Both must be used at low levels in accordance with regulatory guidelines and safety thresholds.  Both must be “food grade” so as not to introduce hazardous by-products or impurities in foods.  Both benefit you and your family by providing food of high quality and flavor, so that you may enjoy the foods that you love!
Posted by CheekyMommaof2 at 6:13 PM

That was fascinating. Thanks for the info.

The added is Louis Vuitton Coeurs Charm.It is louis vuitton replica absolutely a admirable Valentine item,I think.It is fabricated of gold-finished assumption & lacquer,and actualization tiny hearts in ambrosial colors.You can use it as a key ring too if you wish! What's added important,The hearts are altogether advised in such admirable colors that will absolutely sweeten the attending of gucci replica your gucci replica.So ambrosial and romantic.If you wish a beautiful accent for your gucci replica,again a attractive Louis Vuitton agreeableness is what you're searching for.Let's personalize our accoutrements now!In the aboriginal 1800's,Louis Vuitton began as a baggage packer for replica louis vuitton the affluent Parisian families.He abstruse his barter able-bodied and with some automatic account and a lot of harder work,absitively to try his duke at designing his own luggage.His baggage was accurately advised to fit perfectly,while getting stacked,in baggage cars.Louis Vuitton created his replica belts own aggregation in the year 1854.Then to atom accurate or affected become an important affair during the online shopping.Actuality sum up four advantageous methods to atom affected Swatch watches:Each accurate Swatch has a altered account No composed by English belletrist and Arabic numerals.Altered belletrist angle for replica watches uk altered series.Abounding humans now adopt affairs a Swatch watch online to save time and money.