Based on an incredible true story, the heartwarming, family-friendly animated adventure, Sgt. Stubby – An American Hero deploys on Blu-ray, DVD, Digital and On Demand December 11, 2018 from Paramount Home Media Distribution. 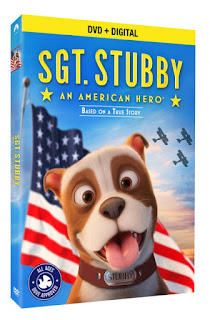 This is the perfect gift to give a child in your life this Christmas - in fact - this is a gift that the entire family will love!  The critically acclaimed animated family film, is based on a true story, and has been lauded by critics and received the Dove Foundation’s “All Ages” Seal of Approval and Parents’ Choice Gold Award!

Sgt. Stubby – An American Hero depicts the little-known true story of the unbreakable bond between a young soldier and a stray dog on the brink of America’s entry into World War I. For his valorous feats, Stubby is still recognized today as the first dog promoted to the rank of Sergeant in the U.S. Army and the most decorated dog in American history.  He is also widely considered the forerunner to the U.S. Army’s working dog program. The delightful animated film shows the world that the greatest heroes can come from the unlikeliest places.

Beyond his military exploits, Stubby’s status as an adopted stray has resulted in nearly a century of recognition by animal rescues and welfare organizations. As part of the film’s theatrical release, Fun Academy partnered with more than 90 regional and national animal organizations across all 50 states – including the Humane Society of the United States and the Westminster Kennel Club – to shine a light on the human-animal bond and the amazing things adopted animals can do when given a chance in life. 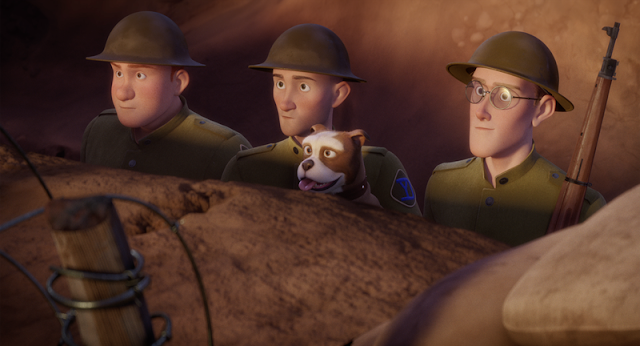 About Sgt. Stubby – An American Hero:  With the “War to End all Wars” looming, the life of Army “doughboy” Robert Conroy (Lerman) is forever changed when a little stray dog with a stubby tail wanders into a training camp in New Haven, Conn.  Conroy gives his new friend a meal, a name, a family and the chance to embark on an adventure that would define a century. 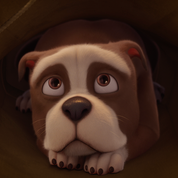 About the Real-Life Stubby:  Before he was a hero, Stubby was homeless, unwanted, unwashed and unloved, scrounging for scraps on the streets until he was taken in by Private First Class Robert Conroy of the 102nd Infantry Regiment, 26th “Yankee” Division.

In France, Stubby saw frontline action in four offensives and 17 battles. He found wounded soldiers, saved an entire company by alerting the men to don gas masks and even caught a German spy. Returning home to a hero’s welcome, Stubby and Conroy toured the country leading victory parades and met three sitting U.S. presidents, among other honors.

Trust me when I say that you're family is going to fall in love with Stubby!  Just look at his sweet face... 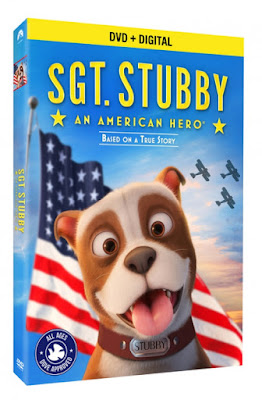 One of Being Frugal and Making It Work’s Lucky Readers will win a
SGT. STUBBY: AN AMERICAN HERO DVD


This giveaway will end December 18th at Midnight EST.

*Mandatory entry must be completed before other entries will count*

Disclaimer: The Being Frugal and Making it Work family received a complimentary Sgt. Stubby – An American Hero DVD prize pack for the purpose of writing a review and hosting a giveaway.  Regardless, I only recommend products or services I would use personally and/or believe will be a good fit for my readers.  The views and opinions expressed on this blog are based purely by our own experiences.  No monetary compensation was received.  Results may vary.

**Being Frugal and Making it Work is not responsible for prize shipment.

Posted by CheekyMommaof2 at 9:00 AM

SGT. STUBBY: AN AMERICAN HERO is a feature film based on the incredible true story of America’s most decorated dog.


Every weekend i used to pay a quick visit this web site, because i want enjoyment, for the reason that this this
web page conations really nice funny data too.