Disney on Ice ~ Worlds of Enchantment

Thursday night, our Girl Scout troop spent an enchanted evening at Disney on Ice: Worlds of Enchantment!  We arrived about 45 minutes early so we could walk around and look at all the vendors and magical souvenirs. 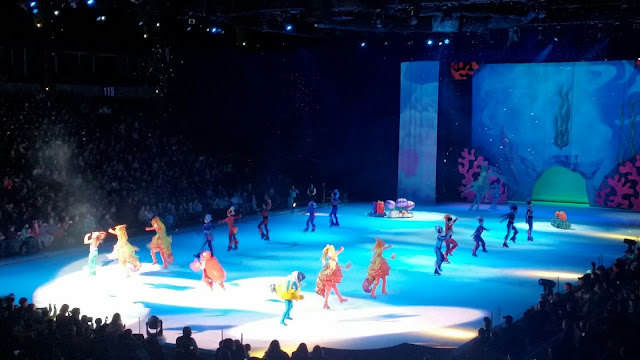 Mickey, Minnie, Goofy and Donald... the Toy Story gang, The Little Mermaid, Cars, and Frozen!   How could the night get any more magical?

My co-leader and I took four girls to the show.  The show was the night before one of our Girl Scouts turned 13 years old.  This show just isn't for the young kids... it's for all ages!  We all had a wonderful time from start to finish! 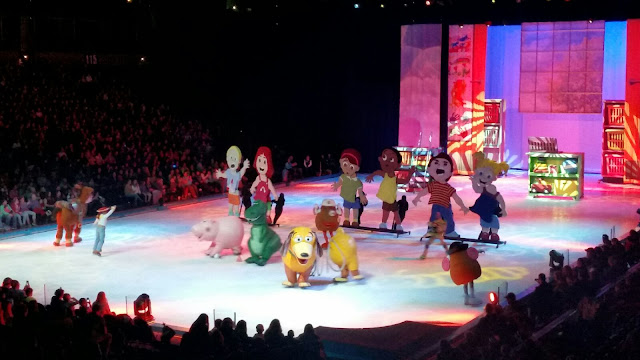 The music, the characters, the routines - all amazing!  Of course, I've always been a fan of Disney movies, so I enjoy Disney on Ice as much as the kids do!  I was super excited that one of my favorite Disney movies was included in Worlds of Enchantment, it was the Little Mermaid!  Don't get me wrong, I loved the entire show - but we all have a favorite or two!

My co-leader and I had just as much fun enjoying the show as we did watching our girls be little girls!  They were singing and dancing together, enjoying every single minute!  They were really getting into the magic and excitement of it all!  (That warmed our hearts!) The wintery world of Arendelle, with sisters Anna & Elsa and pals Olaf & Kristoff, the high-speed stunts from Lightning McQueen & Mater, Ariel’s undersea kingdom and the adventures of Buzz Lightyear, Wood, Jessie and the Toy Story gang are all featured in this year’s production performing at the Spokane Arena on October 27-30, 2016! 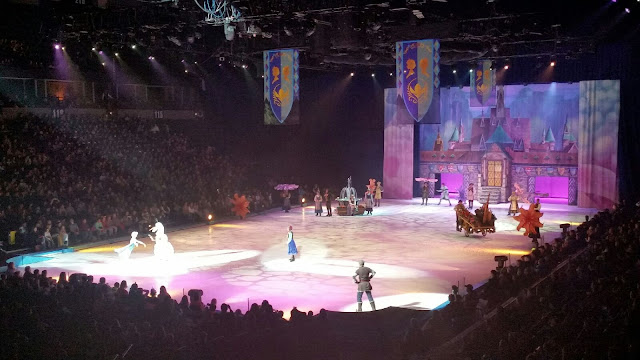 As always, the music, costumes and choreography were simply AMAZING! The grace and agility of all the performers was simply phenomenal.  I wish I had a pinch of their talent!  The entire show was fun and magical!  We loved the performances and the music --- you couldn't help but dance (and sing) in your seat the entire time!

There were bubbles during The Little Mermaid.  The kids at the daycare during Toy Story were hilarious!  The attention to detail is without a doubt, phenomenal!

Have you ever been to a Disney on Ice performance?
Posted by CheekyMommaof2 at 6:55 PM