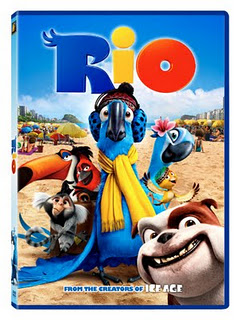 Rio tells the story of Blu (Jesse Eisenberg), a Spix Macaw who is captured from his native homelands of Brazil at a young age to be domesticated thousand of miles away with his human owner Linda. His new owner soon discovers that he is the last male of his kind, and with that , the two head south to Rio de Janeiro to meet Blu's new mate.

However, it is nowhere near close to love at first sight between the socially awkward, flight challenged Blu and the strong and independent extreme flying female Jewel (Anne Hathaway).