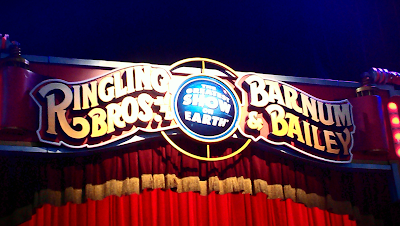 Hey Spokane!  Did you know that the Ringling Bros. and Barnum & Bailey® Circus is in town this weekend?  The Being Frugal and Making it Work family attending the "FULLY CHARGED" show Friday night and had a fabulous time! 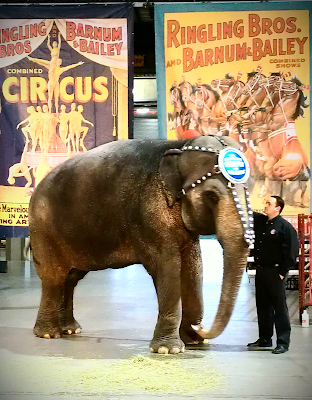 We arrived about 45 minutes prior to show time, so we could walk around the Arena and look at all the fun souvenirs the vendors had for sale, and to find our seats early.  As we were walking down to our seats, we noticed some activity going on in the middle of the circus ring.  There was a silly clown with orange hair entertaining the crowd of people surrounding him. 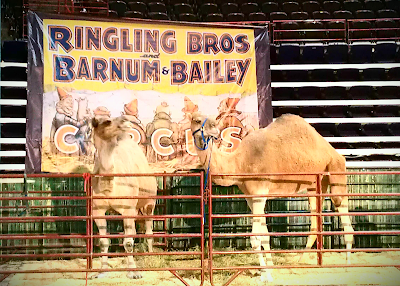 The floor was open to everyone for an all access pre-show.  Several of the circus acts and entertainers came out and performed for the early crowd, and even got them out into the ring to try the stunts on their own.  They were really catering to the crowd and encouraging their participation.  They even brought one of the elephants out to make a one-of-a-kind footprint that was later given away to one lucky audience member. 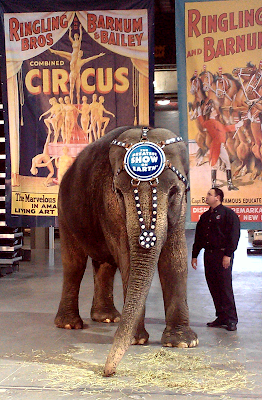 It had been six years since the Ringling Bros. and Barnum & Bailey® Circus had been at the Spokane Arena.  When the lights went out, you could hear and feel the excitement from the crowd - children and adults of all ages were there to watch The Greatest Show on Earth! 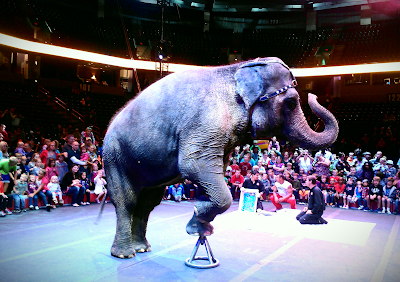 The brightly-colored costumes, the singing and dancing, the bright lights, and the musical sound effects were fully charged and in full effect!  The show was fun and entertaining from start to finish!  There were so many wonderful acts, and of course the animals - elephants, camels, horses, and dogs!  We were expecting to see lions and tigers too, but sadly they didn't make an appearance.  My daughter asked where they were, and I told her that they must have been taking a "cat nap!" 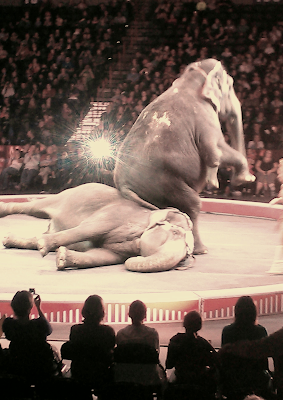 Here is a list of the amazingly talented Ringling Bros. and Barnum & Bailey FULLY CHARGED line-up: 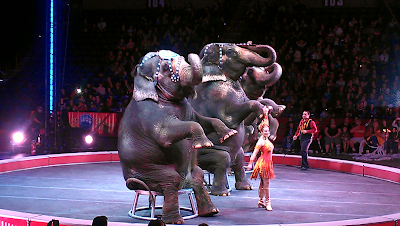 If I had to choose my favorite part of the show, I would have to go with the jugglers.  Their
acrobatic juggling skills were simply AMAZING!  I'd never seen a juggling act as talented as them ever before.

My daughter loved the animals, the dogs, horses and elephants were her favorites.  She has been an animal lover her entire life, so that comes as no surprise to me.  That being said, she also told me that EVERYTHING was her favorite part because she loved it all! 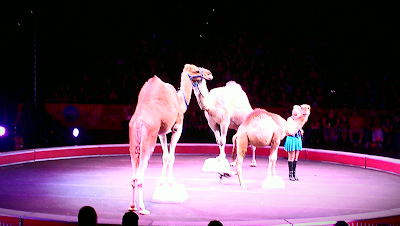 My son loved the death defying, super thrilling motorcycle globe!  I'm sure in the back of his mind he's trying to figure out how to do that one.  I, on the other hand, sure hope that he doesn't!

My husband enjoyed the show too!  It was the perfect way to spend the evening together as a family! 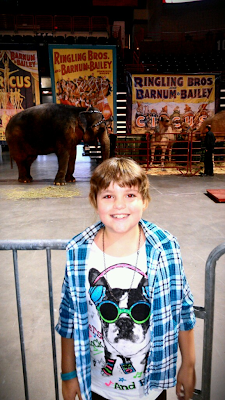 "Ringling Bros. and Barnum & Bailey® is proud to present FULLY CHARGED, Gold Edition, an all-new powerful surge of circus entertainment! Experience the excitement as Ringling Bros.® transforms energy and power into megawatts of thrills and turns spectacles of superhuman athleticism and displays of animal magnificence into sparks of wonder for Children Of All Ages. Imaginations ignite when Ringling Bros. and Barnum & Bailey® Presents FULLY CHARGED, Gold Edition!"

What is your favorite part of the Circus?

*The Being Frugal and Making it Work family received free tickets to the show. No other compensation was received and all thoughts are all my own, based on my family's experience.
Posted by CheekyMommaof2 at 8:37 AM