There is nothing more important than family.  Spending time with family and creating memories that are going to last a lifetime are worth more than anything else in the world!  No matter how tough or scary life can get, you can count on your family to help you through. 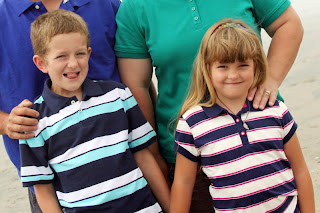 As a child I remember getting to choose what kind of ice cream floats we wanted, on special occasions.  You don't only have to make them with root beer!  That's right, there are so many different float flavors out there that are just as delicious, maybe even better!  Have you ever had a Coca-Cola and ice cream float?  My favorite part is the foam that gets a little crunchy on the top and the frothy, ice cold Coca-Cola!

Here are two of my favorite Coca-Cola recipes.  This recipe is super easy.  Your mouth will be watering and your taste buds dancing with delight!  It leaves the meat so tender and flavorful.  Perfect hot or even as cold leftovers the day after.

You will be licking your lips and your fingers.

Coca-Cola Cake
Mix all ingredients into large bowl until smooth.  Pour batter into greased and floured 13x9 pan.  Bake at 350 for 35 - 40 minutes.

I know there are die hard Coke fans on one side of the fence and those who swear Pepsi is the better choice.  No matter which you choose, I can promise that if you give Coca-Cola ribs or Coke ice cream floats a try, you are sure to love them.  Dare to be a little different and take a chance.  You never know, you might just like it.  Heck, maybe even love it!

Do you have any favorite Coca-Cola recipes or memories?

**I wrote this blog post while participating in the SocialMoms and Coca-Cola® blogging program. If I am one of the first 100 blogs received by SocialsMoms, I will receive a $25 gift card.
Posted by CheekyMommaof2 at 5:35 PM

These recipes sound soo good, I would love to try both of them! I had heard of coca cola cake, but forgot all about it - I must try both this summer!