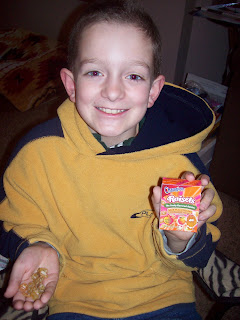 As a mom with two young children, I'm always looking for new, fun and creative healthy snacks.   Of course, we have our favorites that are in the house at all time.  Those that I know my children are going to eat on a regular basis.

We recently had the opportunity to sample a new snack that I had never heard of before.  RAISELS! You are probably asking yourself, what are Raisels?  Well, they are raisins undercover, simply put Fruity Flavored Raisins!

I was anxious to have both of my children, ages 10 and 7, try the Raisels as soon as they arrived.  I'm always in favor of my children trying something new and different. 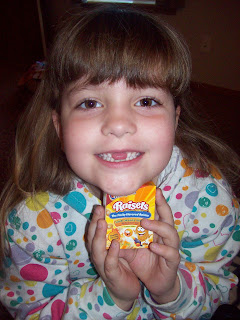 Both of my children claim to hate raisins, although they have eaten them in food items on numerous occasions.  As soon as they notice one, they make a scene. For that reason, I didn't tell them what I was giving them for their after school snack.

I emptied a box of Sour Peach Pucker Raisels into one bowl and a box of Sour Orange Burst into another.  I gave them to the kids and told them to share.

Of course my 10 year old immediately knew that something was going on.  After he ate several of them, he said... "These are raisins aren't they!?"  I told him that they were Raisels and his response was simply... "Well, what's the difference?"  My daughter ate the entire bowl without even blinking an eye!

The simple fact is that they both loved them and ate both boxes in no time! 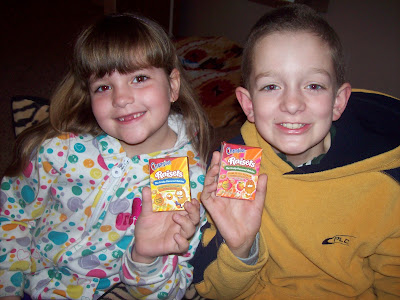 I was awarded the Versatile Blogger Award & I am passing it on to you. Visit me at http://thecomfortzonediversity.blogspot.com to collect the award. Congrats!!