Disney on Ice at the Spokane Arena - Our Family Night With Toy Story 3!

Have you heard the buzz? The toys are back in town! That's right, Disney on Ice is at to the Spokane Arena through December 4th!  I have known we were going to see Disney On Ice at the Spokane Arena since mid-October.  It was very difficult for me to keep this exciting secret from my children for so long, but I knew the surprise was going to be worth it.

Last night, my family had a wonderful and magical night at Disney on Ice! The performance was simply AMAZING and nothing but magical!  Our seats were amazing and we had a fantastic view of the entire performance. 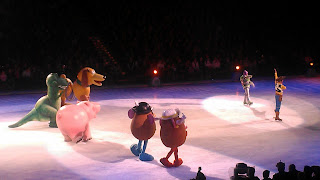 My daughter will be 8 years old in January and kept asking..."How much longer, when is it going to start? Is Mickey going to be here?" The anticipation and excitement kept building - she was so excited that she could barely sit still in her seat. Then they announced... The show is going to start in 5 minutes! The look on her face was priceless!  She had the BIGGEST smile on her face and her eyes were sparkling with excitement! 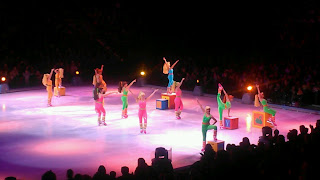 The music, costumes and choreography were simply AMAZING! The grace and agility of all the performers was simply phenomenal.  I wish I had a pinch of their talent!  The entire show was upbeat and action-packed!  We love the performance and the music --- you couldn't help but dance in your seat the entire time! 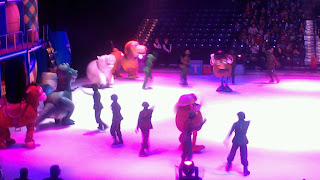 The show was both exciting and magical. My husband and I enjoyed it as much as the kids did. Well, almost as much! It really is a show for children as well as adults, boys and girls alike - from the very young to the very old. 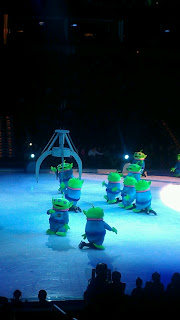 On the way home the kids were talking about all their favorite parts of the show!  Even though it was 9:45 pm by the time we were headed home, they even had to call and tell their grandparents all about it. (My mom knew the secret and was expecting their call) I think they agree that their favorite parts included: 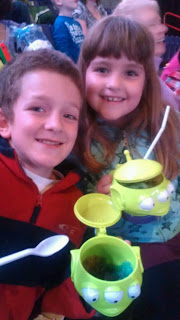 Disney on Ice Tickets: FREE - A HUGE Thanks to Feld Entertainment!
The excitement in my children's voices and on their little faces...

Whether you go to Disney on Ice every year or you have never gone before, I highly recommend this show to everyone! 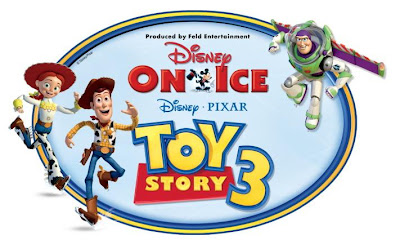 The blockbuster movie, Toy Story 3, and memorable moments from Toy Story and Toy Story 2 are hitting the ice in this sensational live production coming to your hometown! Catch all the heroic action when Buzz Lightyear, Woody, Jessie and the Toy Story gang escape from the rambunctious tots of Sunnyside Daycare and race for home, in their most daring adventure ever! A few new faces join the fun, including Barbie’s groovy bachelor Ken and Lots‐o’‐Huggin’ Bear.

It’s the biggest Toy Story experience on ice, jampacked with fast‐paced adventure such as Buzz’s galactic battle with Emperor Zurg and a hoe‐down at Woody’s Roundup. Rediscover the humor, friendship and charm of Toy Story when Disney On Ice presents Disney•Pixar’s Toy Story 3 takes family fun to infinity and beyond!


You can use code MICKEY, which is good for $5 OFF the $16 and $23 price levels. It is not valid on Front Row or VIP seats. There are also no double discounts! 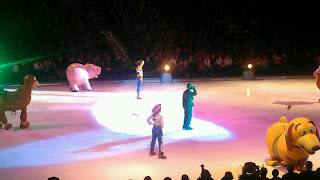 You got some great pics! I'm glad your kiddos liked it just as much as we did too~

It looks like you guys had a great time! I will definitely have to look in to taking my kids sometime when they are in our area. I know they would have a blast!