Top Films to Watch this Easter

This year, Easter Sunday falls on April 8th, the week of the DVD & Blu-ray release for We Bought a Zoo, a film centered around a widowed father who moves his family to a struggling zoo and takes on the challenge of renovating it, instilling in his children life’s most important lessons in the process. In this feature, we will highlight films that contain the theme of Easter or are family-friendly, to watch on this holiday and/or include in Easter baskets, in addition to We Bought a Zoo.

This Easter, be unpredictable, do something crazy and embrace your wild side! Twentieth Century Fox Home Entertainment presents an inspiring adventure based on a true story of one man who brought a zoo back to life and family back together in WE BOUGHT A ZOO, arriving on Blu-ray, DVD and digital download April 3. Directed by acclaimed filmmaker Cameron Crowe (Almost Famous, Jerry Maguire) and starring Matt Damon (Contagion, True Grit), Scarlett Johansson (Iron Man 2, Vicky Cristina Barcelona) and Thomas Haden Church (Easy A, Sideways), WE BOUGHT A ZOO is “a sweet-natured tale…that you’ll want to see with your kids” (Liz Braun, Jam! Movies).

Benjamin Mee (Damon) is a Los Angeles newspaper columnist and adventure writer who, as a single father, faces the challenges of raising his two young children. Hoping that a fresh start and a new life will restore their family spirit, Mee quits his job and buys an old rural house outside the city with a unique bonus feature: a zoo named the Rosemoor Animal Park, where dozens of animals reside under the care of head zookeeper Kelly Foster (Johansson) and her dedicated team. With no experience, limited time and a shoestring budget, Mee sets out with the support of his family and the local community to reopen the zoo. Now, Benjamin is no longer reporting an adventure story; he’s living it in his own backyard.

TOP FILMS TO WATCH THIS EASTER

THE CHRONICLES OF NARNIA: THE LION, THE WITCH AND THE WARDROBE 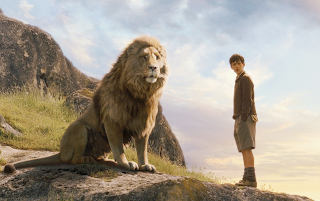 Author C.S. Lewis brings about many religious overtones in his work – including in his famous Chronicles of Narnia. The first published book of the series – “The Lion, the Witch and the Wardrobe tells the story of four siblings who enter the magical land of Narnia through a portal in their wardrobe. With the help of an-all knowing lion, Aslan, the siblings learn of their destiny to help save Narnia. Though the literary works and film adaptations are generally regarded as fantasy, there are many parallels to the Christian ideology, such as Aslan’s representation of Jesus Christ. Aslan sacrifices his life to save one of the siblings but is then resurrected from the dead.
LITTLE ANGELS 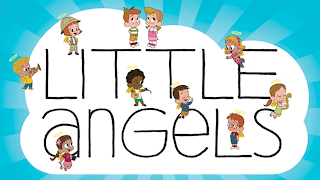 Best known for her role as angel “Monica,” in CBS’ “Touched by an Angel,” Roma Downey executive produces the animated DVD series, Little Angels. Created for pre-schoolers, Little Angels teaches educational skills such as ABCs and 123s. The series follow twins Alex and Zoe who are guided by eight little angels that watch over them, helping guide them through the many challenges they face in their young lives.
IT’S THE EASTER BEAGLE, CHARLIE BROWN 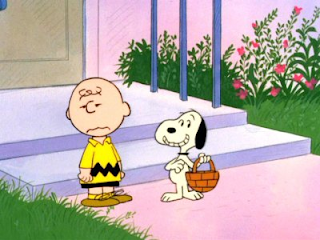 Debuting on CBS network in 1974, It’s the Easter Beagle, Charlie Brown, tells the story of the Peanuts Gang as they get ready for Easter through their own quirky and messy ways, even though Linus tries to convince everyone that the Easter Beagle will take care of everything. The network has continually air the film every year since it’s original airing.
THE TEN COMMANDMENTS 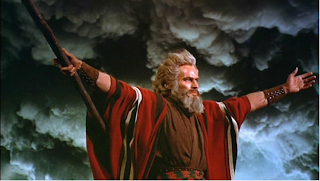 In the 1956 epic film directed by Cecil B. DeMille, The Ten Commandments depicts the biblical story of the Exodus, in which Moses, as portrayed by Charleton Heston leads the Israelites out of Egypt and across the Red Sea and onto the based of Mount Sinai, where Moses receives the Ten Commandments. The Ten Commandments, which is narrated by DeMille, was the last film he ever directed.
JESUS CHRIST SUPERSTAR 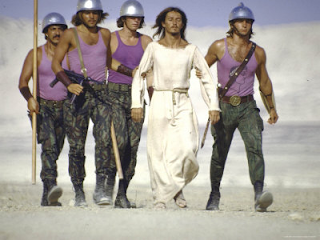 Jesus Christ Superstar is a film adaptation of the rock-opera of the same name by Andrew Lloyd Weber. Released in 1973, the musical centers loosely on the Gospels’ account of the last week of Jesus’ life, beginning with his arrival in Jerusalem and ending with his crucifixion. However, the film also highlights interpersonal struggles between Jesus and his traitor, Judas Iscariot that are not in the Bible.
Do you have any special plans for Easter?
Posted by CheekyMommaof2 at 7:50 AM