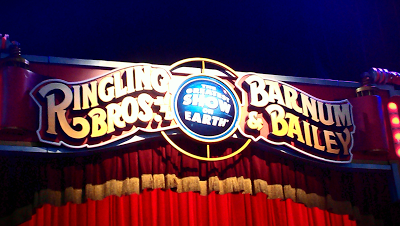 Hey Spokane!  Did you know that the Ringling Bros. and Barnum & Bailey® Circus is in town this weekend?  If you haven't already purchased your tickets toe the show, there is still plenty of time! The Being Frugal and Making it Work family received free tickets to The Greatest Show on Earth. No other compensation was received and all thoughts are all my own, based on my family's personal experience. My family attended the Ringling Bros. and Barnum & Bailey Circus "Super Circus Heroes" show opening night and we all had a fabulous time!  This fun packed show embraced the hero inside all of us, including Mr. Boredom!

We arrived about 45 minutes prior to show time, so we could walk around the Arena and look at all the fun souvenirs the vendors had for sale, and to find our seats early.  The floor was open to everyone for an all access pre-show.  Our first stop was at the mini circus wardrobe where the kids could try on some of the sparkly circus attire! 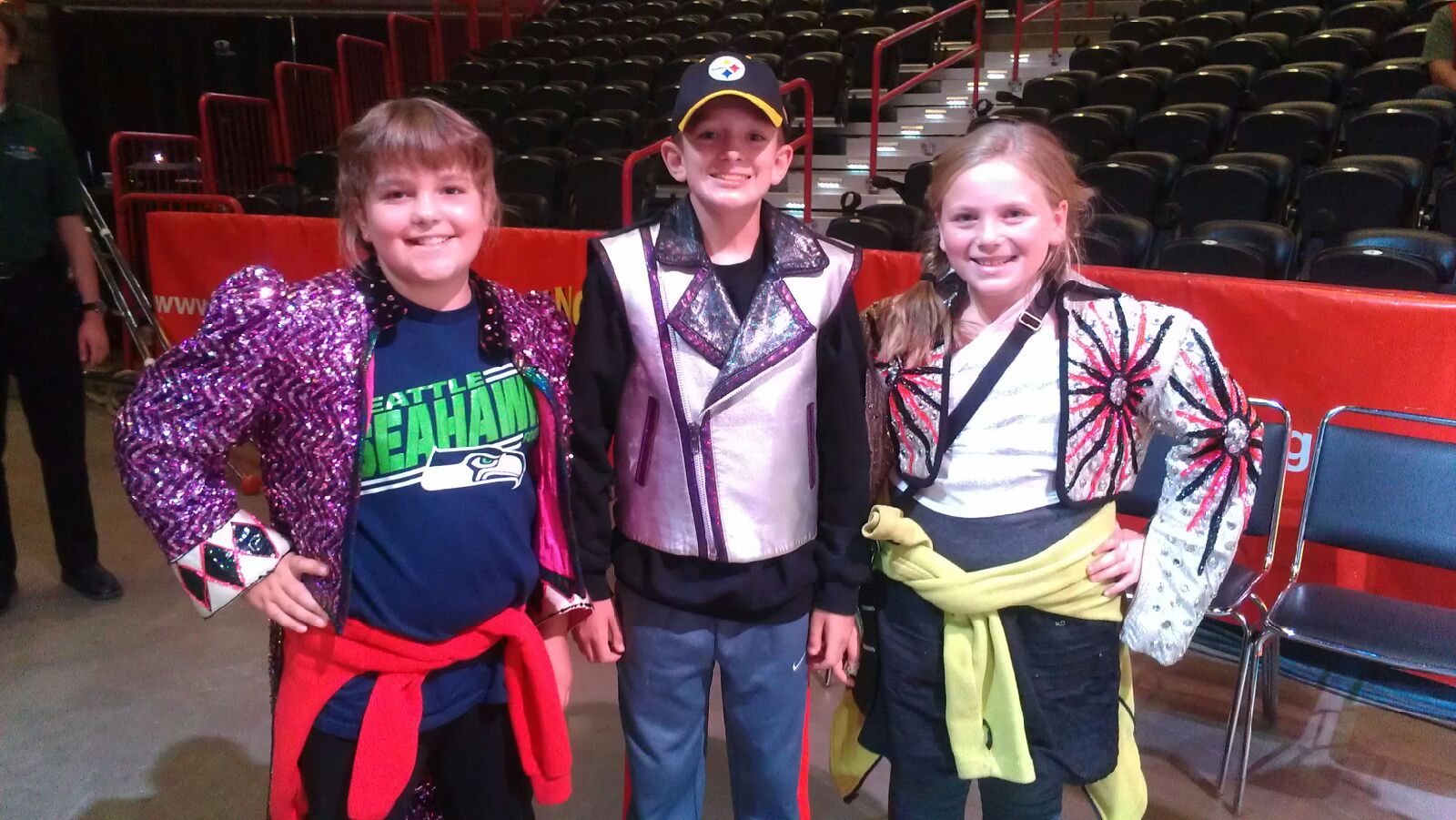 Several of the circus acts and entertainers came out and performed for the early crowd, and even got them out into the ring to try the stunts on their own.  They were really catering to the crowd and encouraging their participation.  They even brought one of the elephants out to make a one-of-a-kind footprint that was later given away to one lucky audience member.


"Ringling Bros. and Barnum & Bailey® Presents Super Circus Heroes, showcasing wonders from the marvelous to the magnificent, every day is extraordinary in this action-packed super circus, filled with superhuman athleticism, power and pageantry that will have children of all ages discovering their own superhuman strength. Amazing elephants, horses, camels and more alongside astonishing acrobats, awe-inspiring aerialists and some over-the-top clowns that will have audiences in stitches... of laughter of course!

Come join us in celebrating the bravery, courage and honor that lives inside all of us at Ringling Bros. and Barnum & Bailey Presents Super Circus Heroes! It's a show that's far from ordinary and beyond extraordinary!"

What are some of our favorite things about the circus?

The brightly-colored costumes, the singing and dancing, the music, the bright lights, and the silly sound effects were super and in full effect!  The show was fun and entertaining from start to finish!  There were so many wonderful acts, and of course the animals - elephants, camels, horses, and dogs!  We were expecting to see lions and tigers too, but sadly they didn't make an appearance.  My daughter asked where they were, and I told her that they must have been taking a "cat nap!" The girls loved the animals, the tiny dogs riding miniature horses, the camels and the elephants were her favorites.  She has been an animal lover her entire life, so that comes as no surprise to me.  That being said, she also told me that EVERYTHING was her favorite part because she loved it all! My son loved the death defying, super thrilling motorcycle globe!  I'm sure in the back of his mind he's trying to figure out how to do that one.  I, on the other hand, sure hope that he doesn't!

My husband and I really enjoyed the show too!  It was the perfect way to spend the evening together as a family! 
About The Barnum & Bailey Circus (The Greatest Show on Earth):


A 140-year tradition that combines the classics – extraordinary animal performances, captivating clown escapades and daring high-wire acts – with contemporary surprises and thrills to make the circus-going experience memorably unique and a family tradition handed down from generation to generation With three independent units, Red, Blue and Gold, Ringling Bros. hosts millions of visitors and travels to more than 90 cities in North America each year.


What is your favorite circus act?

*The Being Frugal and Making it Work family received free tickets to the show. No other compensation was received and all thoughts are all my own, based on my family's experience.

Posted by CheekyMommaof2 at 8:32 PM

I've always loved going to the circus. I love the elephants, tigers and acrobats!