Everything Tastes Better With Bacon!

I love bacon (and chocolate)!  Several months ago, we were watching a television show about chocolate covered bacon. I immediately thought to myself... GROSS!  But in all fairness, I had not tried it, and I know that you can't knock something until you have actually tried it. I always tell my kids that you can't say you don't like something if you haven't tried it! 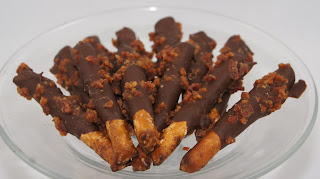 To be completely honest, I was very skeptical and wasn't sure what to expect when I took my first bite of chocolate covered bacon. I love chocolate and I love bacon. How bad (or good) could is really be?
That question was quickly answered... 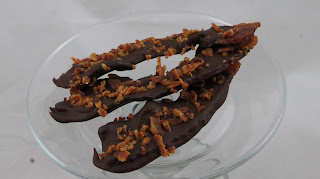 You can choose from a wide variety of delicious chocolate bacon treats: 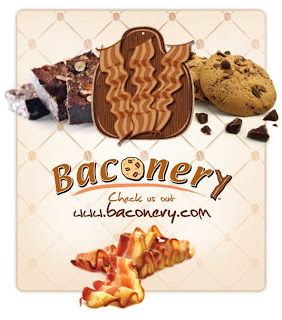 At the Baconery, bacon is their main ingredient. You want bacon on it, you got it. Bacon has no limits!

It's true what people are saying, Bacon makes everything better!

Have you ever tried Chocolate Covered Bacon?

Posted by CheekyMommaof2 at 6:49 PM