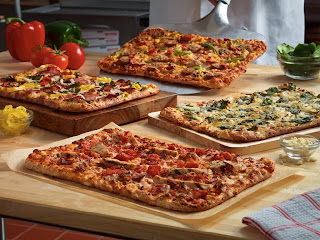 Head on over to Domino's Facebook page and score a FREE PIZZA!

There will be plenty of free Domino's pizza to go around, they will be giving away 75,000 pizzas!

The free Domino’s pizza is the Artisan pizza (value $7.99). The free Artisan pizza offer is valid for carryout only, and it is valid at participating stores only.  One free pizza per person.

Have you tried Domino's Artisan pizzas before?
Posted by CheekyMommaof2 at 9:12 PM